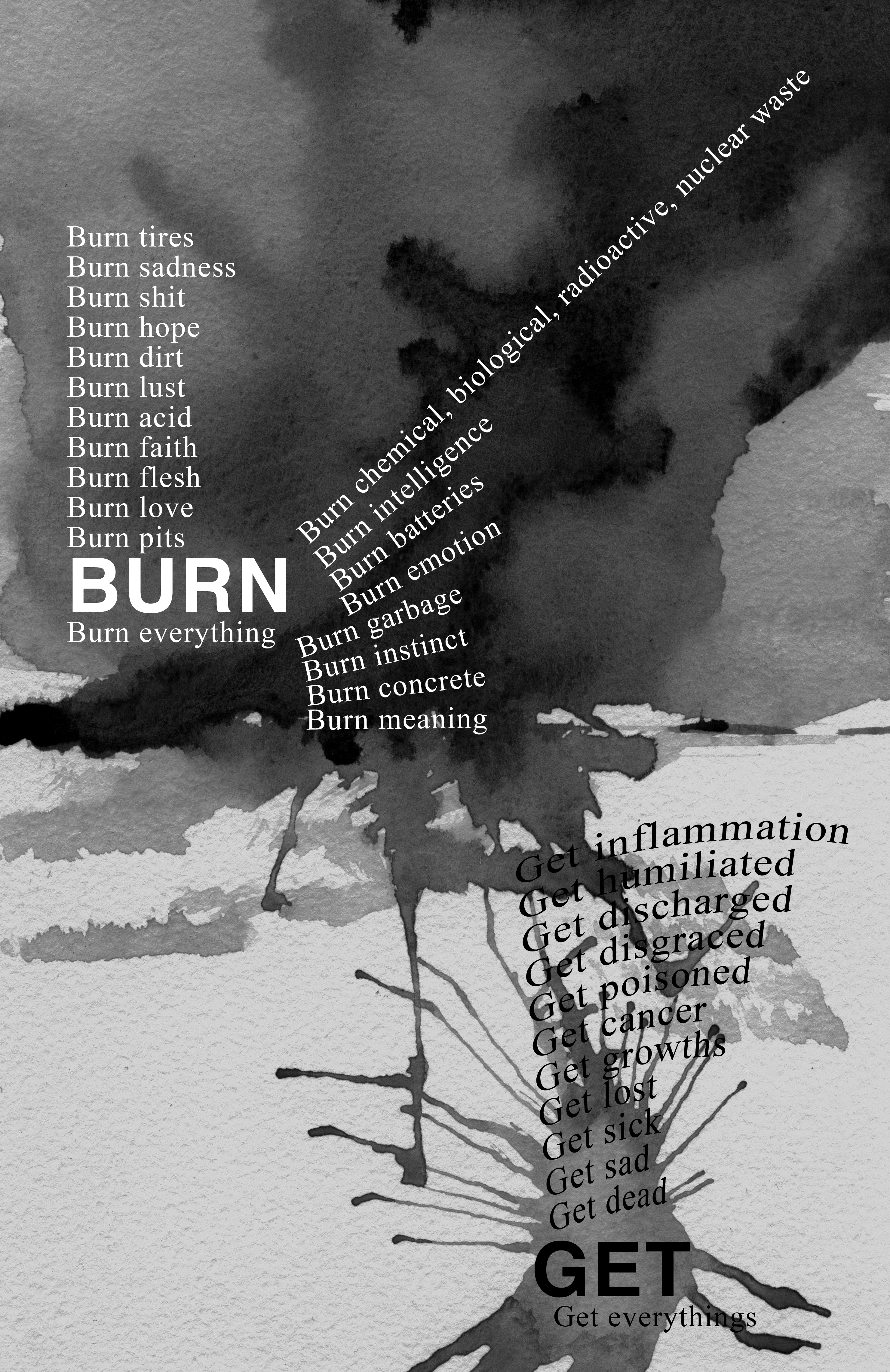 I they we are home
But never making home
Lost it

I they we are home
Seeking home
Others found it

I they we are home
Hoping home
Desire it
Recreate it

I they we are home with you
Misplaced without you

I Am Who Survived, Forgive Me

I am who survived

Take off all your clothes.
Put them in the bag.
Put on the gown.
Sign form here.
This might hurt a bit.
Sit up.
Sign here.
This will be cold.
Take a deep breath.
Lay down.
Relax.
Give me your arm.
Chin to chest.
Look left. Look right.
Put your arm down.
Look at me.
You will be sleeping.
You won’t feel a thing.
You won’t remember 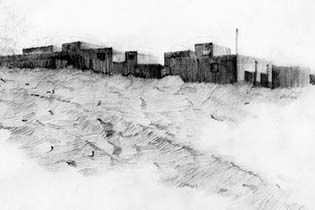 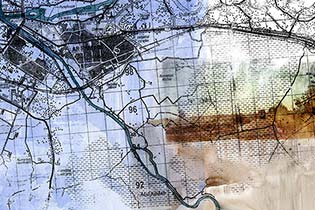 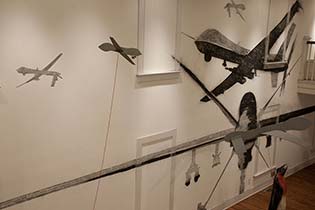 I Am Who Survived

Where Am I Going 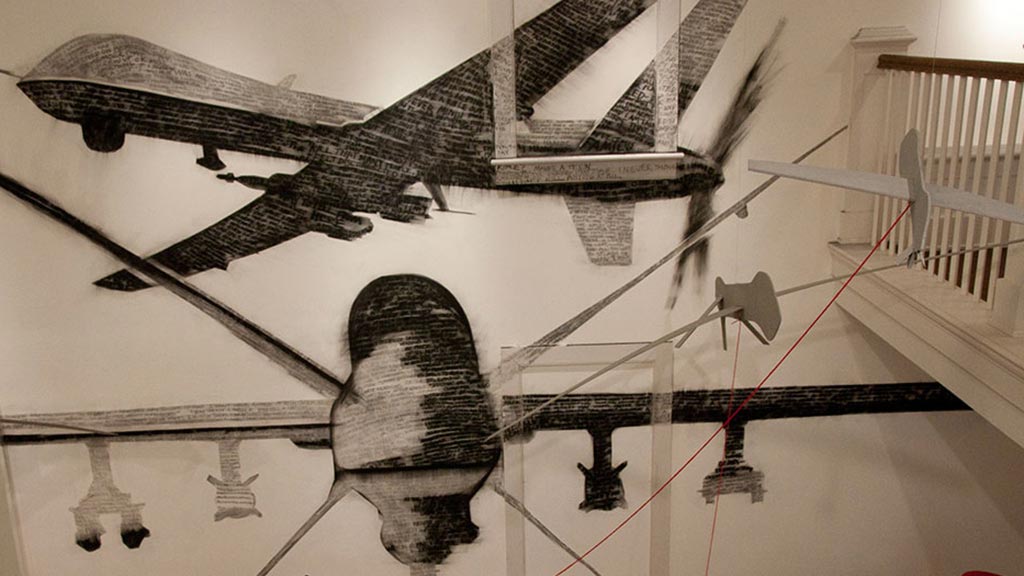 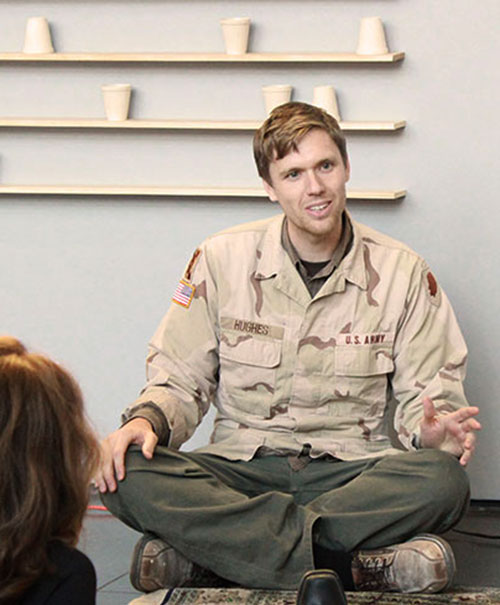 I am an artist, activist, organizer, teacher, and Iraq War veteran, whose work seeks out poetics, connections, and moments of beauty, in order to construct new narratives and meaning out of personal and collective traumas. I use these narratives to create projects that attempt to deconstruct systems of dehumanization and oppression. I work with a variety of art, veteran, and activist organizations and projects including: Iraq Veterans Against the War, Warrior Writers Project, Dirty Canteen, National Veterans Art Museum, Justseeds Artists’ Cooperative, and Center for Artistic Activism.

In January of 2003 I was pulled out of undergraduate work at the University of Illinois when I received orders to deploy in support of Operation Iraqi Freedom to Kuwait and Iraq as a truck driver with the 1244th Transportation Company Illinois Army National Guard.

In 2005, after my deployment, I returned to the University of Illinois to study painting where my work focused on deconstructing my experience in the military and I began to use art as a tool to confront issues of militarism and dehumanization: Dust Memories (2005); Ahmed (2006); Tourist Photographs of Iraq (2006); Drawing for Peace (2006).

In 2006 I received a Bachelors of Fine Arts from the University of Illinois and joined Iraq Veterans Against the War (IVAW), a national organization of veterans opposed to the wars in Iraq and Afghanistan, demanding reparation for the people of Iraq and Afghanistan, and fighting for full benefits for returning service members.

In 2009 I received an MFA in Art Theory and Practice from Northwestern University and became the national IVAW Organizing Team Leader (Organizing Director). Since the beginning of my involvement with IVAW I have worked on art and organizing projects that interweave my political and aesthetic concerns: Warrior Writers (Ongoing), Combat Paper (Ongoing), Drawing For Peace (2007), Operation First Casualty (2007), Winter Soldier (2008), Demilitarized University (2009), IVAW Field Organizing Program (2009-2012), Operation Recovery Campaign (2009 - 2012), War is Trauma Portfolio (2010), and the March for Reconciliation and Healing (Where veterans returned their Global War on Terrorism Service Medals back to NATO Generals at the NATO Summit in Chicago in 2012), and the Celebrate People's History: Iraq Veterans Against the War Portfolio (2014).