I was a private in basic training when I received my first blood. We qualified on our rifles and that night the Senior Drill Sergeant lined us up. He told us of the importance of our accomplishment, that we had earned it but still had yet to receive our honor. I stood chest out, a soldier on each side grabbing my arms. He grinned before he pounded the metal sharpshooter pin into my chest. It felt good. None of us wore our shirts that night and we compared our uniformed skin. My next was when I was promoted in the field on deployment to 29 Palms, CA. My platoon was especially bored so everyone got a chance to drive my PV2 rank into my collarbone. I received my PFC and Specialist rank the same way - always taking the opportunity to bestow the honor on my fellow lower ranking soldiers. I was promoted to Sergeant in Iraq. The rest of the NCOs who felt the need gave me a firm handshake and a collar pound. Welcome to the corps - gauntlet style. My upper chest was a scatter of trickling blood and penetration. It always healed quickly, even without any care. I still wear that rank; I let them pound it so deep that I may never pull it out of my skin.

You Are Not My Enemy

You are not my Enemy
my brother my sister
but I have done something wrong
and perhaps I am now yours.
I went to your home
I went inside
soiled your rug and
bullied your children.

No, you are not my enemy
my partner my friend.
We were betrayed.

You are not my enemy
my child my self.
Our blood is the same.

You are not my enemy
my memories and rage.
Re-making sense now together.

You are not my enemy
you never were.
You are a part of me
as I am with you.

You are not my enemy
we will stay true.

You are not my enemy
we will change this
with you.

It doesn't seem so foreign at the time, at least not until she's gone. Part of my uniform in Iraq, an essential component was my M16A2 gas-powered magazine fed rifle with an M203 grenade launcher. Two hundred and ten NATO certified humane 5.56mm rounds. That is seven magazines, the basic combat load. They realized that a bullet is more effective if it maims rather than kills. That the target, another human, is better neutralized if the metal stays in their body. This way, other combatants will have to tend to the wounded, a more expensive and energy demanding situation then throwing a body in a hole. Nikki was her name. They encouraged us to develop a relationship with our rifles. Our companions, an extension of our bodies that defines our effectiveness as a soldier, a methodically trained killer is our rifle. She was always with me, always within reach. In my hands at the ready when I was on missions, one in the chamber, ready to switch from safe to semi-automatic. A few pounds of pressure on the trigger to let her speak. On my back, strapped and unloaded when walking around camp, but I always had a magazine in my pocket. Under my cot at night, nobody would touch her without my noticing. Sleeping with the strap wrapped around my arm I would nestle her against my side for extra comfort some nights. I was meticulous and thorough when I cleaned her every day. Making sure to remove all of the sand and carbon from every corner, crack, chamber and crevice. She became a part of me, a mutual relation, as I was a part of her. One of the first things I did when I returned home was give her up. They took away Nikki and locked her away. You feel lighter walking around without your rifle. Sometimes a sudden panic strikes when you think that you've left her unattended. "Oh, wait..." we only see each other occasionally anymore, and I sleep alone. I don't like guns anymore, but I still miss Nikki. 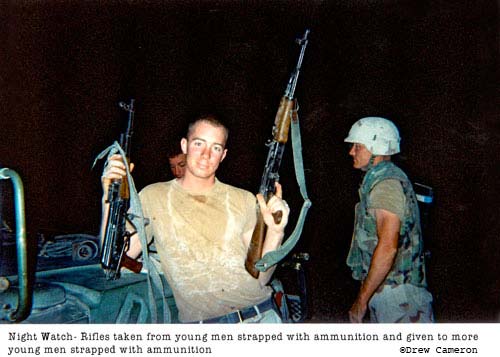 Close your eyes for a moment, allow me to paint a picture:

A tall sun on a hot summer day, you are traveling down that highway again
as so many times before.
It's a large truck and you stand, not sit, out the roof of the vehicle the upper portion of your body is exposed to the hot air rushing through your clothing.
Drying the sweat permeating from your pores
The heat and light on your face blows like the waves of energy from an open oven door
and a glaring look too close.
But its not food baking that you smell.
There is the combusted burnt fumes of diesel wafting into your nostrils.
And the deep grumbling sound of engines in line bouncing down the road.

You can see the landscape reel by, irrigation farms and scattered trees, brush and grass a light tan earth exposed, far more than it is covered. Dry bleached earth.
You are rigidly bouncing up and down on a tight suspension hauling a heavy load.
it's a good thing too you think, the last of thirty loads and three days this week already,
moving your cargo to its final destination.

Depleted Uranium, our creeping skeleton in the closet, opening the door.

I know where you have gone, you found a way, to live on. We thought we had dismissed you of your place. But silly were we to think that story was over.
I wonder if they know, when one day when skin breaks out in indescribable itch and burn, when the thyroid seizes, the liver fail and the kidneys bleed, that it came from below?
I wonder if the very soils that we grow a harvest from, and the water we drink, bathe and spread on green fields is the very channel for this state of health? They must wonder.
Or the child born with rare disease, given less of a chance because I looked into a pit once.
The children who must still play on the hills and mounds, jumping, tumbling and rolling as kids do, might not know that whether you are in Hawaii, Wisconsin, Oklahoma, Cape Cod, Utah, New Mexico, Texas, Alaska or Iraq that these are toxic hills, and it happens all of the time.
Yes the story is far from over, as the dioxins, PCB's, heavy metals, carcinogenic and mutagenic toxins work their way into the soil, the water, the air, plants, animals and people carry on what the earth gives to us, what we give to the earth.


Onward:
The earth is big, the soil is deep, the water is abundant but we have fast, impatient and furious feet.
The story is now, the story is next year
How we walk today, will determine if we can tomorrow

thankful are we for given chances
rivers, lies and see through damages

drink deep and never be thirsty, plant soft and never be hungry, walk lightly and always be reverent, seek truth and sincerely be awakened.

You Are Not My Enemy 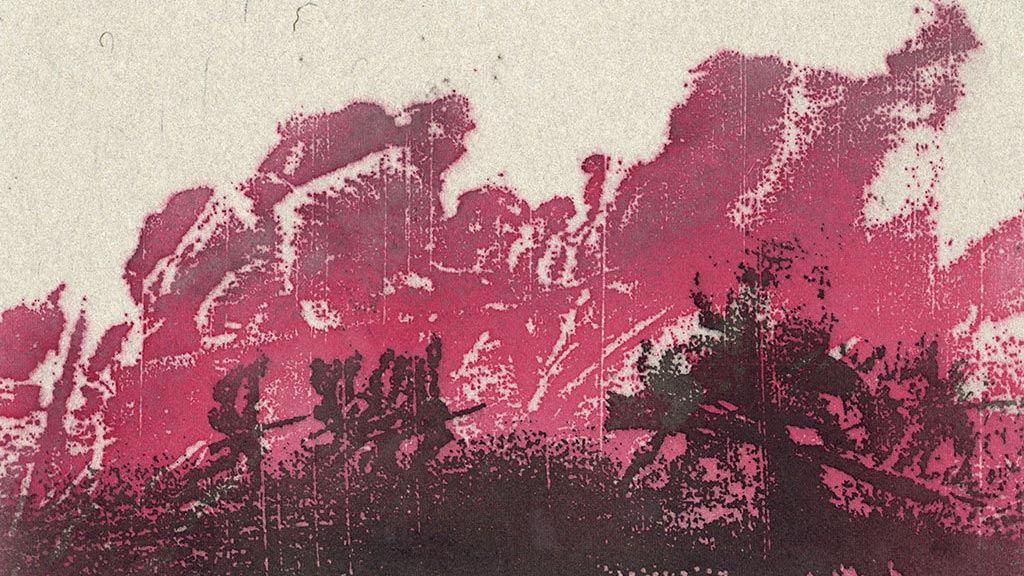 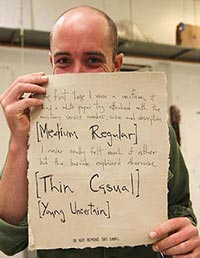 I am a veteran of the Iraq War. In 2003 I was a Field Artillery soldier and sent as part of the second wave of the invasion. Since returning from The War I have been pursuing a career focused within the process of hand papermaking from military uniforms and all of the possibilities that can be derived from this innovative and internationally recognized practice.