It's a long, Long Island,
when trading breaths for
euphoria, and
slipping sideways,
towards inward.

I can feel John,
in the heavy, thick
molecules, settling
dusts of many, and
the collapsing lift,
of all forms.

I can smell John,
in the absence of summer, leaves
carrying his scent,
in the early approach
to the fall.

I can see John,
sick and struggling,
clouds in his eyes,
from the storm in
his brain.

It's a long, Long Island,
when trading breathes for
euphoria, and
slipping sideways
towards inward.

The woman was my Rati, my Eros,
my Aphrodite, and my Frejya. Until
she was not.

The lady was my romantic juxtaposition, a struggle between
love and lust, persistent but guarded, sacrificing
ego for embrace. An
unconditional union.

But, me, I am
war wired dysfunctional, flaunting
intimacy inadequacies, leaking laments and
leaving zero space in the expanse that we,
were.

I’d like to think I warned her.
I’d like to think she knew. But,
the war breathes sometimes, for me,
and she must have thought, at some point, that
us, could only be us, for time less acceptable than she could have known.

Excerpt from forthcoming novel, The Other Marine by Michael Day

The desert sun was slipping into the sand. Dylan and his Marines sat around trading stories of their lives back home, most true, but some necessarily fabricated given the circumstances. Devlin nudged Dylan when he saw the Chaplain walking towards them. He was a stout man or unremarkable stature. Everyone stood to render a salute to the officer. He returned the gesture in kind and asked them to please sit down. “Good evening Marines. May I offer any one a blessing? “No thank your sir, said Dylan. “God damn fairy tales,” snorted Devlin. Religion was not him. He was religion. It was a matter of great contention between him and his Irish Catholic father. Dylan placed his hand on Devlin’s knee and gave him the universal sign to keep quiet.

Dylan rose to his feet and placed his hand on the shoulder of the Chaplain, who was quite alarmed at the gesture. “Sir, perhaps I may offer you a blessing, but not the kind that you wish to bestow upon me.” It’s a blessing from one human to another, a prayer, if you will, that we will emerge from whatever happens across that imaginary border, as a people of one, rather than individuals divided through geopolitical borders necessitated by the movement of global capital and a need for workers to chase that capital.” Armando drew lines in the sand and Devlin shook his head with a smirk. The Captain looked confused but attentive.

“Son, you do not believe in God” queried the Chaplain. “No, I do not believe in your god sir. The universe is far too complex for all for the simplicities of your god’s stories. We are all god.” The Chaplain turned to the sunset, placed his hands on his hips, and observed the Soldiers in the distance, being baptized or blessed or both by the Army Chaplain. He then turned to Dylan, with a smile, offered his hand. Dylan shook the Chaplains hand firmly, and the Chaplain took his other hand and clasped the entire handshake. They held that handshake for a moment, saying nothing. “Son, good luck in this war if such words should be uttered, but more certainly, good luck in this world, from one human to another.” He smiled, released his hand and turned to Devlin. “My other son, may I offer you a blessing. Devlin, without standing, looked at the Chaplain and said “well sir, you see, with creation of geo-political capital borders…” “I see, said the Chaplain shortly, and turned to leave

>“Sir, said Armando. May I have a blessing? “Of course my son, walk with me.” He turned to Dylan and Devlin and said, “forgive me for taking your Marine to a different space, to administer his blessing.” Dylan threw up a peace sign. Devlin began to say something and Dylan quickly covered his mouth. “Devlin, it’s getting dark. Some people become scared when they can no longer see.” Devlin took a pull on his cigarette and nodded. Dylan watched Armando walking deeper into the dark with the Chaplain. They almost made it to the water tank before the siren went off.

From the deep packed earth, sounds
blood curdled sand cries to sky
saviors, pushed through the clouds on
steel Pegasus parachutes, landing in
death and pushing souls back to life.
I call once more, as a soldier slumming through gravity and
waiting for the atmospheric allowance of
those that, submit themselves only to the sacred sanctity
of life, leaving it less fractured
when they touch the ground. 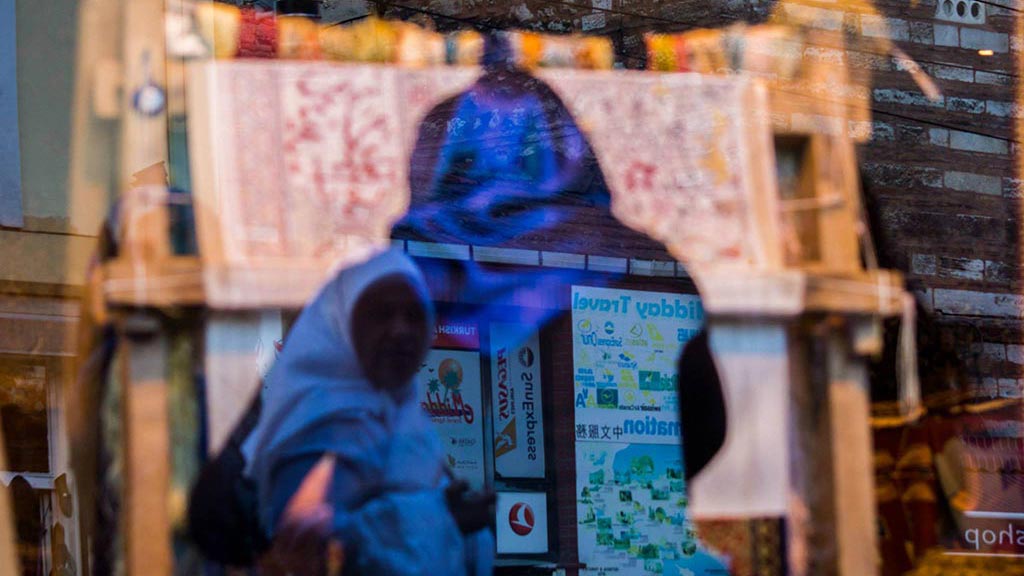 In September of 2003 I was discharged from the United States Marine Corps as a combat veteran, having served in Iraq. Seven years later I began to dabble in prose and photography as a means of finding outlets with therapeutic value to combat my symptoms of PTSD. Currently, I live in Queens, NY and am a writer, producer, photographer, and cinematographer for Cyprian Films NY. In 2013 I self published a collection of poetry and vignettes entitled “I am the Title.” All of the material in the book was generated during Warrior Writers workshops and a subsequent novel was created to be released this year. I continue to carry the lessons learned in Warrior Writers into all of my creative endeavors and my personal life.